The Axe. The Window. The Board.

I awaken in my dream …

On a hill in the heart of my city I stand,

On the sidewalk, before this building often passed without a glance.

The large address on the front—320—boasting nothing.

My heart sinks as another car turns into the drive.

I know better than to set foot upon this green grass.

I am not welcome here.

Making my way to the nearby retaining wall, my eyes alight on the basement window.

The shade is no longer drawn!

Panic is rising in my chest as I peer down into the room.

Why is the patients’ privacy being disrespected in such a way?!

Doctor, nurse, lights, action … I can’t shut the curtain, and none of them notice me.

To my dismay, the woman is taking her place on the table, spreading her legs open,

putting her feet in the stirrups, tears trickling down her face.

I feel the shame of her exposure.

A strong urge to avert my eyes takes hold, yet I am unable to turn away,

and powerless to stop this.

The same shock and powerlessness is etched on her face.

This is the moment of trauma, the one they failed to warn her of.

The irreversible moment before her child’s life will end.

Carefully choosing his words, the abortionist had offered no baby back guarantee.

And they had been fine-sounding words …

In a comfortable room, a warm, well-meaning counselor had encouraged her with conscience-numbing clichés. “I understand completely. You are not alone. One in three women will make this same reproductive health choice in their lifetime. This is not the right time for you. The time will come when you are prepared for a child and ready to be a mother … What a responsible young woman you are to pursue your goals and education first. The procedure will only take fifteen minutes. It is the most common medical procedure for women, safer than having a tooth removed. You are so brave. We will help you feel as comfortable as possible.”

But at the window I see …

The doctor gently working the first and smallest metal rod to dilate the cervix,

then the next rod, a bit bigger, and the next, bigger yet. I hardly notice his efforts.

It’s all happening so quickly. I don’t notice the blood, or the new sound,

a whirring of a powerful vacuum,

only this woman—and that the medical waste bucket is too rapidly filling.

Only the woman, and the soul cry that is soundlessly arising.

I am witness to “a better abortion.”

What a sad twist of words.

Better for women than coat hangers in a back alley!

As if the coat hangers and babies are our true problem.

You fail to see the forest through the trees.

You fail to see us falling to our knees.

Flat on our faces with grief.

And all your fine-sounding words,

And your comforting clichés,

Can’t stop abortion from being this way.

You believe that we can stand now.

With this better abortion that you gave.

Stop for a moment, hold the necklace in your hand.

In a whitewashed, sanitary place.

It is still dark.

It is still cold.

It is full of sadness.

The worst kind of empty.

The kind that’s impossible to forget.

This dream confounded me for so long. For the life of me, I couldn’t figure out why the window was open. Why didn’t the people passing by notice this? Who had opened the window? Certainly, it wouldn’t have been the clinic, although many clinics have a history of health-care violations, and the abortion industry fights all regulations. (They operate outside of the commonsense safety standards that other surgical facilities must adhere to, and oppose laws that ensure that a woman is fully informed about the child in the womb before undergoing an irreversible surgery.)

In reality, the answer was so simple and so incredibly profound that when it hit me, I was blown away. With their own words, actions, and testimony, the women themselves had pulled back the curtain, intentionally exposing their greatest loss and deepest pain.

They stand in the middle, sworn off by most of the pro-choice camp as a minority hardly worth considering and as weak traitors to the cause (because after all, this grief, pain, and regret is really just a stigma, right?).

They stand in the middle, condemned by some self-righteous pro-lifers as cruel murderers who deserve the same punishment inflicted on the fetus.  (This is not the view held by the majority of the pro-life movement, but you can easily conclude this by reading online comment threads for articles and news related to the issue of abortion.)

Many once belonged to the Emily Letts #shoutyourabortion crowd. (Certainly, there are also many women who still proclaim that abortion was not a difficult decision, such as Cecile Richards. Some claim abortion saved their life and say they are at peace with their choice.)

The shout has changed. Those raising their voice are not only post-abortive mothers but also postabortive fathers, former abortion providers and clinic workers, and those formerly involved in promoting pro-abortion laws.

My question to you is, since they have laid bare their souls, dare you look? Dare you listen? Dare you not see their tears?

See their tears. Thousands of stories have been cataloged and are available online, including the names of the women who didn’t survive their legal abortion. Through the group Silent No More, countless survivors have taken a public stand, testifying for all to see, on the steps of the Capitol, in schools, at church gatherings. Another group, Operation Outcry, has taken on the task of compiling sworn legal documentation (permissible in a court of law). The Elliot Institute has received even more testimonies from those hurting after abortion.

These heroes show up because they care deeply for others, saying to the giant of the abortion industry …

“I recall waking up in a fetal position on the table crying hysterically.  I was naked from the waist down and completely humiliated.” Sarah

“I did it. It is insane knowing that I did it, but I did it. I had an abortion. Saying the word is hard enough, telling you my story will be worse … They did an ultrasound on me but after a few minutes I felt like something was wrong. The nurse went out and a few minutes later another doctor came in, he also looked at the ultrasound. The doctor told me that I was not eight weeks pregnant.  I was in fact 14 weeks. I was happy that I was 14 weeks, I knew that I could not have an abortion and that I could leave and never return! But what the doctor told me next was unbelievable, he said, “Don’t worry, we can still remove it … Where is my baby now? …
I cry most when I take a shower, not sure why. A year later and I still cry. I had thoughts of suicide, thinking of ways on how I should do it. I should kill myself, something I said over and over again! I obviously never did it. “ Elise

Further testimonies here: Drowning in Despair — We Have Been Lied To — Women and Children Deserve Better — The Scarlet Letter

Short Film: Through My Tears – A Letter to my Doctor

Dr. Patti Giebink gives the reasons that she now opposes abortion, “We’ve learned that abortion hurts women. That women are more likely to have a preterm delivery after having an abortion. They’re more likely to have depression and suicide. There are serious risks of having elective abortions. Some women never get over it. Women develop problems …
And I think in a woman’s heart, she knows that that is unique human being. That’s not just a piece of tissue. And I was guilty of adding to that concept, because that’s what I explained – I said, “It’s just a piece of tissue.” I could not allow myself to think of that as a unique human being, as a life, because obviously, the next train of thought was “I’m killing a life.” …. I was the main abortion provider during those years. And it’s my desire to end abortion on demand in South Dakota.”

Listen as this father, Ferreira (“Piper”), of the band Flypside, seeks his child’s forgiveness in song titled “Happy Birthday.” He calls us all to consider his child’s life. Can you see his tears? 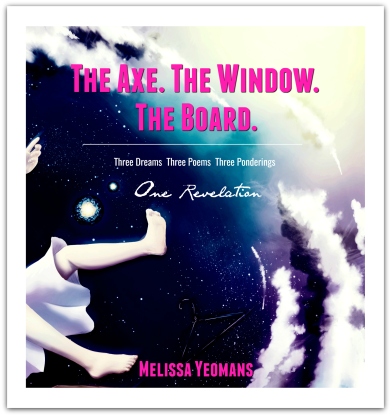 One thought on “I am witness to “a better abortion.” Dream Series (Part 3)”